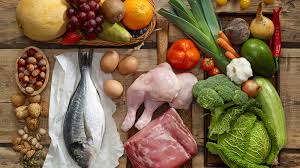 Green bananas which is being processed into its powder form for culinary and food applications is called banana flour. Banana flour has been traditionally being used in major parts of Africa and Jamaica as a cheaper alternative to wheat flour. However owing to the rising number of diet conscious consumers, banana flour is being used as a source of resistant starch. Resistant starch is nothing but starch that escapes from digestion in the small intestine of healthy individuals. Banana flour is also being used as gluten free alternative for patients suffering from celiac diseases and for consumers who are diet conscious. There are several methods involved in the production of banana flour. Some of the well-known processes are: Sun dried, Tray dried, spray dried, freeze dried etc.

On the basis of process type, banana flour can be segmented into Freeze dried, Spray dried and others (Sun dry, Tray dried, drum, vacuum etc.). Since more than half of the manufacturers adopt the process of spray dried in the production of banana flour, the volume sales of spray dried banana flour is expected to be higher than other processes.

The global Banana Flour market has been categorized into seven key regions including North America and Latin America, Eastern Europe, Western Europe, Asia-Pacific excluding Japan, Japan, and the Middle East & Africa. Banana is largely being consumed in major of Asian countries like India and Australia. India ranks first amongst the banana cultivating countries of the world with an annual production share of 25 % of the total harvest. Some of the major players in infant food segment like Nestle based in North America has been using banana flour as the main ingredient in the production of their products. Moreover some the Latin American countries like Ecuador, Guatemala has witnessed higher rate of production banana and its different processed forms like banana powder, banana puree in large scale. Hence the volume sales for banana flour Asia Pacific, North America and Latin America is being anticipated to be grow at a significant in the forecast period.

The global Gluten free product market is expected to grow at faster rate in the coming years owing to the rising awareness of its health benefits. Banana Flour being a gluten free product, will witness its growth in terms of value and volume sales globally. Moreover, banana flour is being consider as the best source of resistant starch. Owing to rising number of diet conscious consumers, there will be rise in demand for banana flour products especially in regions like North America and Asia Pacific.

For More Details and Order Copy of this Report Visit @ https://www.persistencemarketresearch.com/checkout/20983